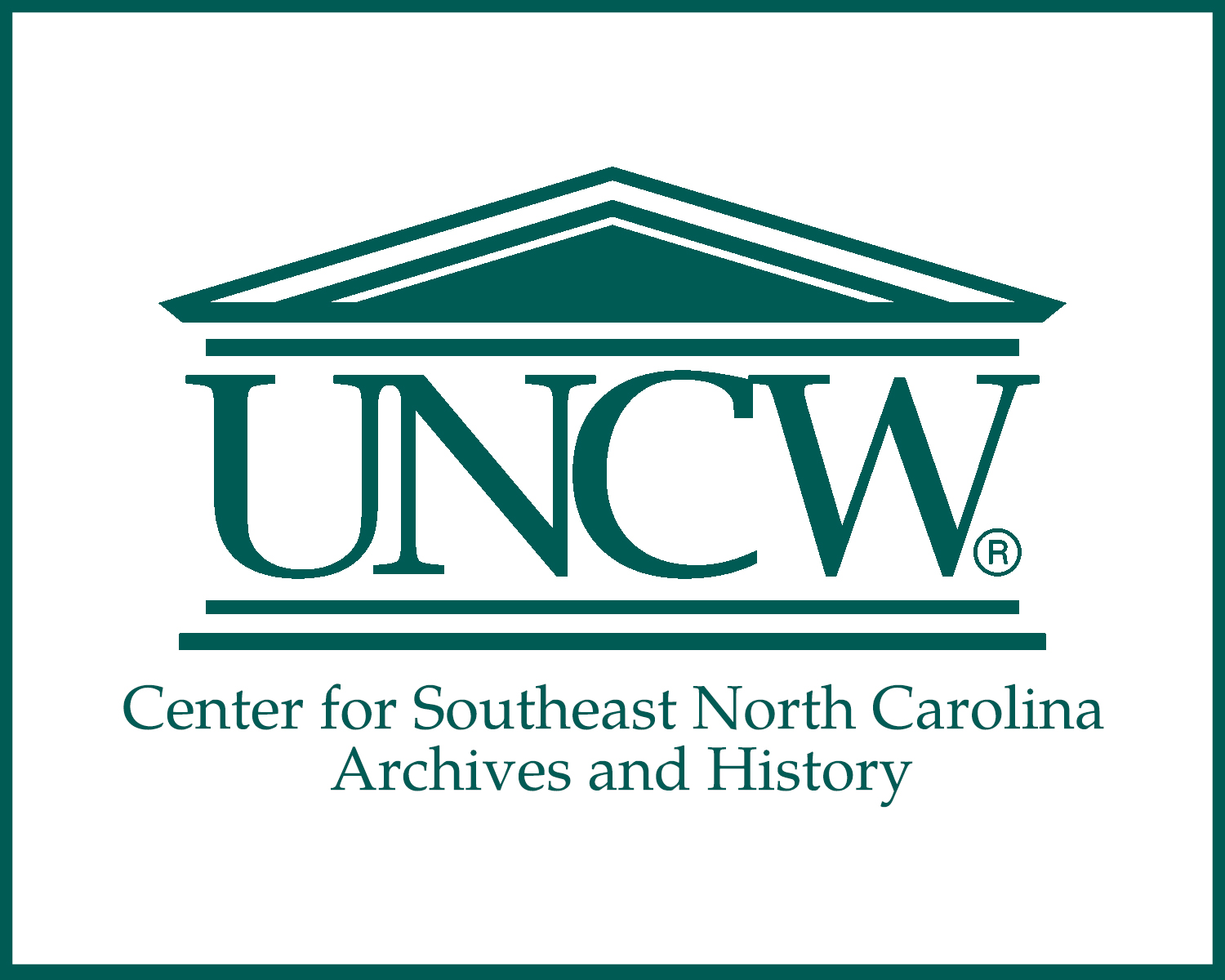 The Center for Southeast North Carolina Archives and History is located on the 2nd floor of the William M. Randall Library at UNC Wilmington.

We are open by appointment only Monday-Friday 9a-5p. Click here to make an appointment.

Prior to visiting the Center, users should familiarize themselves with our access and use policies.

Here are resources from digital and physical collections managed off-campus